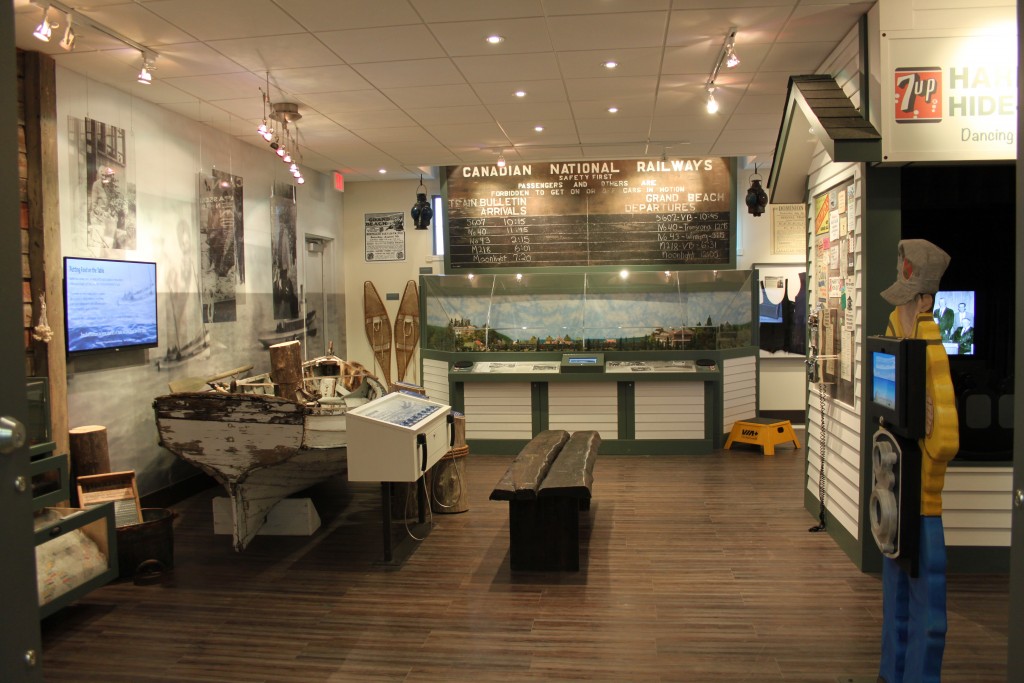 Once you past the aquariums and Lake Winnipeg exhibit you enter the main exhibit area.

This exhibition is an excellent example of meticulous research, innovative community engagement, and is accessible and appealing to visitors.

Sherry Dangerfield’s work was excellent and resulted in an exhibit that is very comprehensive, interactive, and exciting, in a relatively small space, inspiring countless visitors to exclaim “amazing” and “awesome”.   Our committee can’t praise and thank her enough!

The lake is the foundation of the story. Two large aquariums, interpretive panels and a large touch screen tell the story of Lake Winnipeg and how to keep it healthy.

Once in the main room visitors explore changes the people of the East Beaches have gone through. They are proud of their Cree, Ojibway, Metis and European roots. Exhibits show how the people worked hard to put food on the table in the early days.

Then came the railway and change. Grand Beach became a resort to rival today’s theme parks. The people of the East Beaches moved away from a resource-based economy to serving the tourism industry. Forty-five years later the railway left and the resort became a provincial park that moved beyond recreation to preservation of the shores of the great lake.

The exhibits combine traditional artifact cases with modern technology, with lots of interactive opportunities. There are digital photo displays, videos of local folks telling stories of the early days, working train diorama, short video about a community leader and his Harry’s Hideout, and digital postcard station you can email to friends.

The public is invited to submitting photos of their ‘beach memories,’  and ‘family cabins’ as well as archival phones for the very popular digital photo displays. These are just a few of the exhibit pieces packed into the East Beaches Heritage Wing.

See some of the audio visual exhibits we created on the AV page.

The Waters Edge panel includes a white board to writing species in the aquarium. Graphic design by Wickett Design 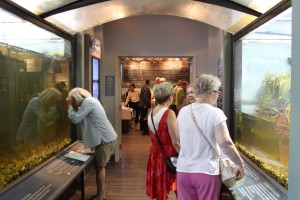 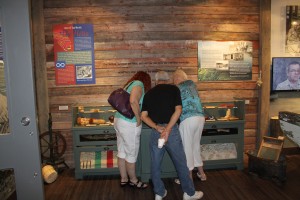 People love looking at the digital photo albums. They are invited to submit photos as well. 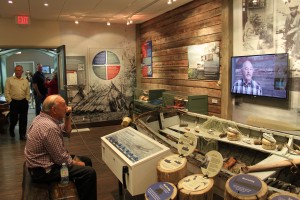 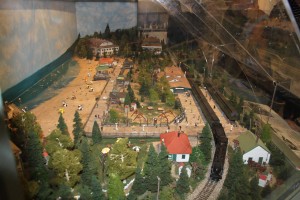 The Grand Beach train model is a hit with all ages 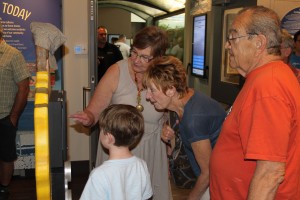 A great many people had their hand in creating the exhibits 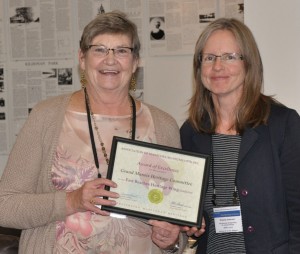