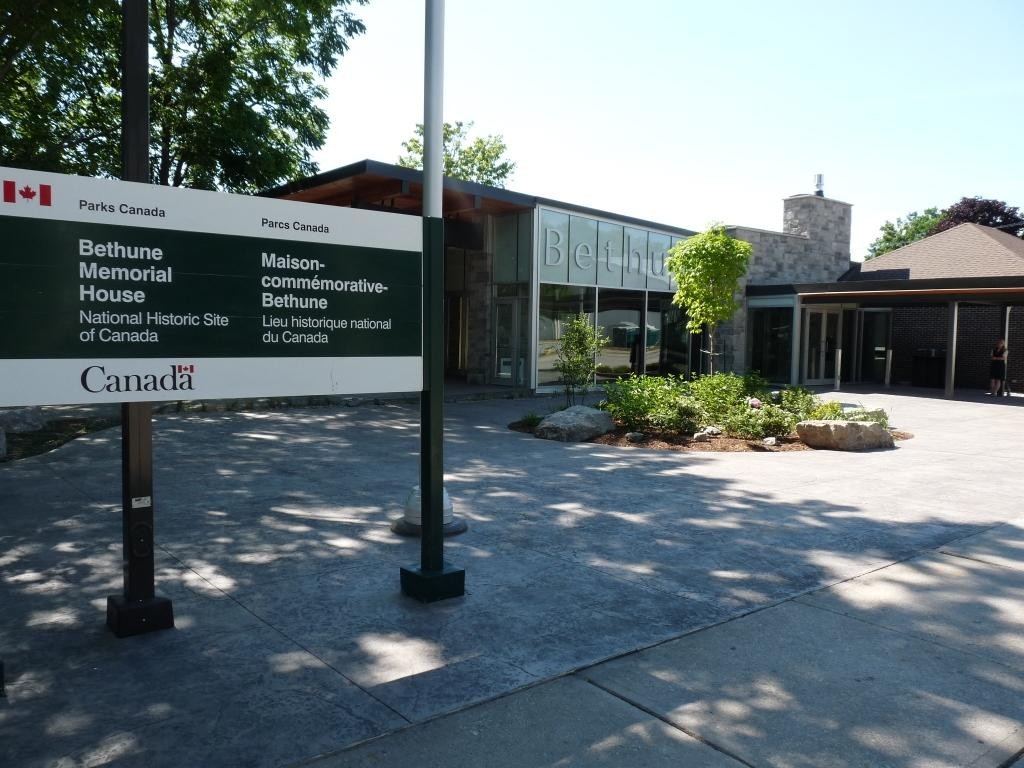 Birthplace of a Hero

Norman Bethune was born in the house next door in 1890.  Forty-nine years later he died on the other side of the world caring for a people he loved.

Often a controversial and challenging personality, Bethune was a doctor, teacher, innovator and humanitarian.  He was at the forefront of the battle against tuberculosis. He was an outspoken advocate for universal health care in Canada. He pioneered mobile blood transfusion during the Spanish Civil War.  He gave his life in China, teaching and providing medical care to those fighting back invaders.

To a billion people Norman Bethune is a hero and the face of Canada.

It was our pleasure to work with a team of very talented Parks Canada staff to help create the new interpretive centre. Our role was to research and write the exhibit content, such as the panel text above, based on the themes developed by the team. The content was eventually translated into French and Mandarin as well.

This was a project that we felt very passionate about. Bethune is one of Canada’s great heroes, the original doctor without a border, a humanitarian, and perhaps one of the most misunderstood characters in Canadian history. It is our sincere hope that the new centre will help dispel the myths and prejudices surrounding him, he was not perfect but he was truly a hero. 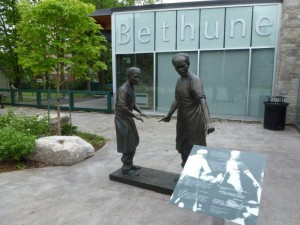 This famous photograph of Bethune was taken shortly before his death. Operating on the wounded without basic supplies like gloves and antiseptic, he nicked himself and die a week later of blood poisoning. 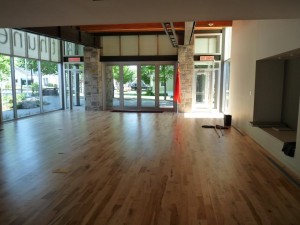 Interior of new centre before exhibits. You can see the house Norman was born in beyond the doors. 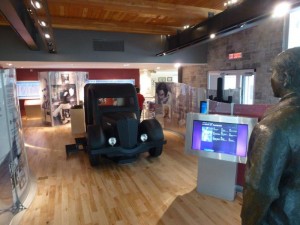 A statue of Bethune looks back into the centre. You can see the model of the field ambulance for blood transfusions Beth pioneered in the Spanish Civil War. 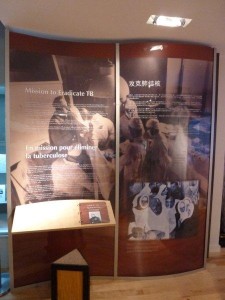 The text for the exhibits are provided in Mandarin, French and English. Bethune’s birthplace is a holy shrine to the Chinese.