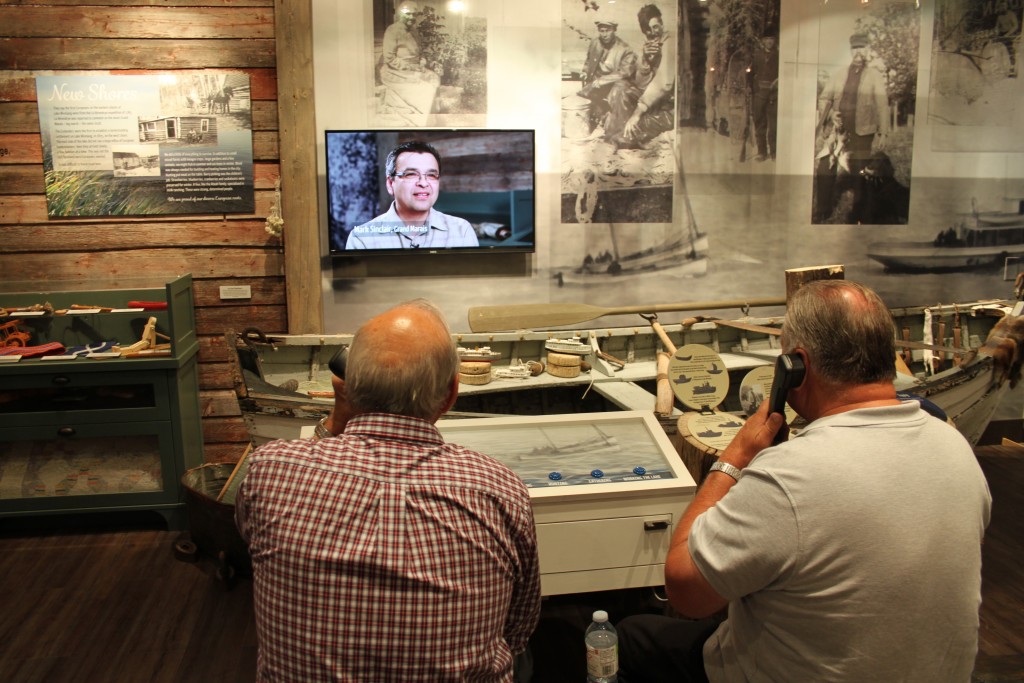 Food on the Table videos are activated by the buttons on the panel in front. Eight to choose from – Fishing, Trapping, Forestry, Mixed Farming, Mink Ranching, Hunting, Gathering and Working the Lake. Handset were added after the soft opening to augment the TV speakers when there is a crowd. These short videos are very popular.

The East Beaches Heritage Wing is adjacent to the very popular Grand Beach Provincial Park. People love looking at the old photos of the area and we have a great collection thanks to the Grand Marais Heritage Committee. There are numerous digital photo albums in three sites – Early Days, Railway, and Stories from the Beaches. Visitors are invited to submit their own photos as well.

The Food on the Table exhibit looks at how people made a living in the early days when the economy was mostly resources-based. Eight short videos were created from interviews with local people talking about their families’ early days in the East Beaches.

Wendy Buelow was our videographer and she did a fabulous job! The videos are intimate and endearing. Our role was producer – finding interviewees, prepping them, doing the interview while Wendy taped using two cameras, choosing sections of the interview to use and finding photos to augment the interviews. Wendy put them together beautifully. This is one of our favourite AV exhibits.

Visitors choose a video (below) from this panel.

With the change from a resource-based to service-based economy, local folks provided services for the tourists. Using a 1950s payphone you can call a local for things like wood and ice or the honeywagon. We wrote the scripts and recorded them at DECAPO Studios. Have a listen below. 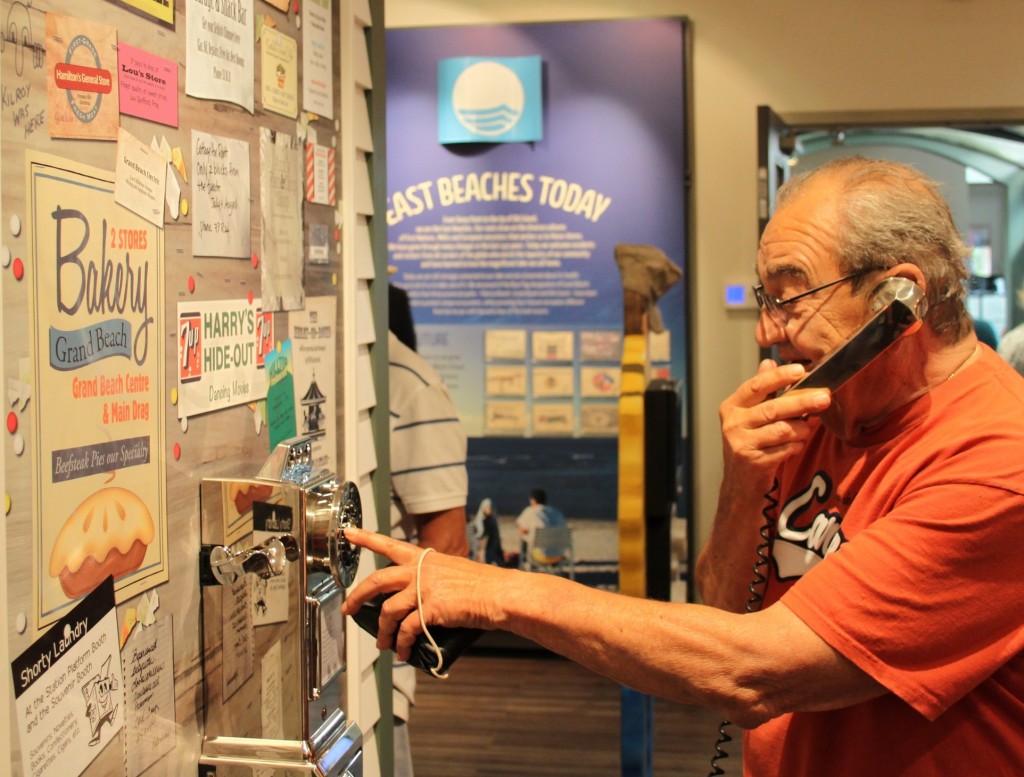