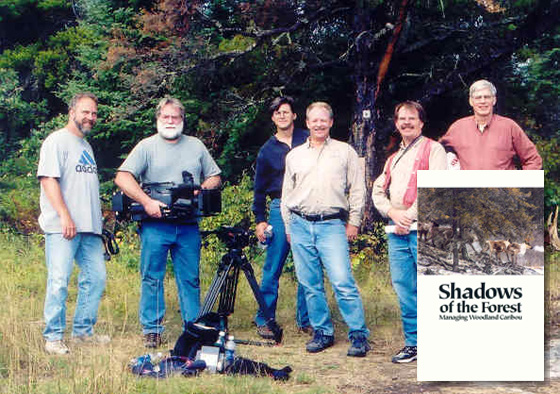 Shadows of the Forest: Managing Woodland Caribou is a 25-minute video produced for the Eastern Region Woodland Caribou Management Committee. The video tells the story of Manitoba’s threatened caribou and the work being done to protect them.

From writing script, to assisting during filming and finding film footage, to assisting with editing, we played a number of roles in production of Shadows of the Forest.

Sherry’s role was to prepare the text and provide editorial assistance during the video production process. Sherry worked closely with Manitoba Conservation, industry (Tembec, Manitoba Hydro), First Nations and other stakeholders to develop the narrative for the video. As a result of her research she was able to prepare an educational and relevant message for the viewing audience. The video has been extremely successful and has been distributed widely to schools and academic institutions.

A copy of the video is available through the Manitoba Model Forest www.manitobamodelforest.net