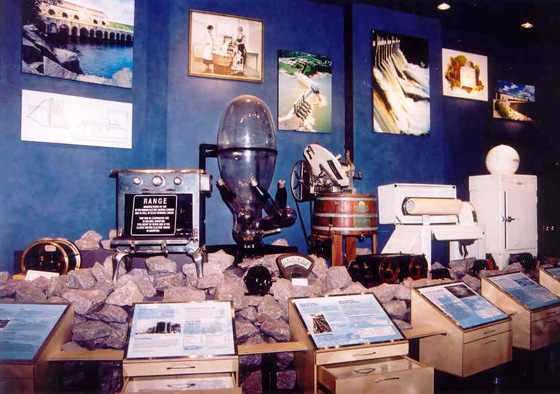 Six galleries portray the Story of Electricity in Manitoba, from the 1870s to the present and into the future.

With the vast amount of historical information and documentation needed to be distilled for the Manitoba Electrical Museum, the importance of having a qualified interpreter to communicate the main ideas to a diversified audience was immeasurable! Sherry Dangerfield’s work in helping us define our themes, organize our material, and keep us focused contributed to the success the Museum enjoys today.

Challenge: Work with the initial material developed by the museum volunteers to help them group it into themes and tell the story using interpretive principles and techniques.

Update: In 2014 we created an interactive Environmental Assessment exhibit, 2009 we added an audio tour, 2007 a Wind Power exhibit, 2006 an Electrical Safety exhibit, 2005 a Lineman exhibit

To find out more about the Electrical Museum go to www.hydro.mb.ca.

next project
Flood of the Century Exhibit