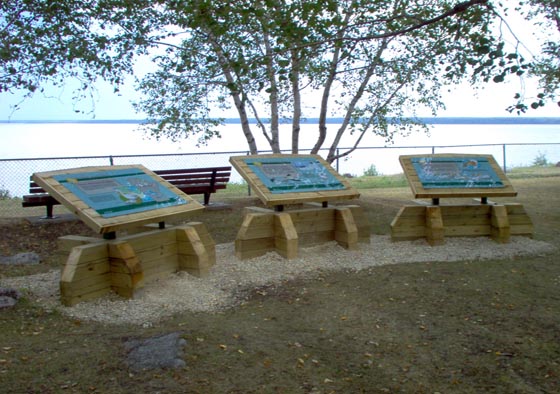 Three of the seven interpretive signs. Photo: A. Klassen.

A series of seven interpretive signs on colonial nesting birds were developed for Hecla Island Provincial Park and the Watchable Wildlife Program. They provide information on the nesting colonies that few visitors will get to see and the importance of those colonies. The signs also touch on myths about colonial birds that have caused their persecution in the past.