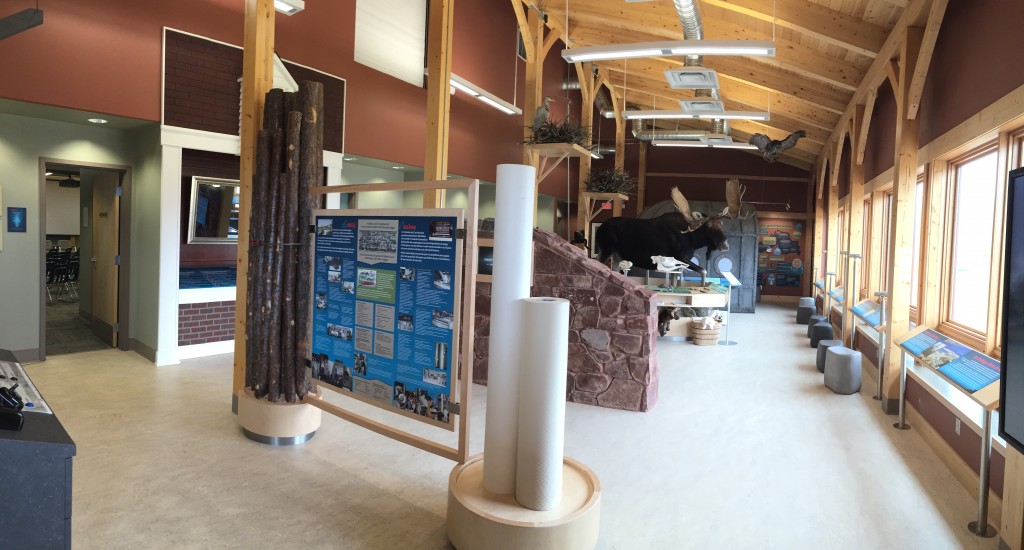 The Red Rock Marina Interpretive Centre is located on the shores of the Lake Superior National Marine Conservation Area. We were responsible for creating interpretation for inside and outside the newly completed green building.

The client asked for the lobby to provide the WOW factor. We created an interactive floor map of the shore and national marine conservation area. A rock cuesta wall to show off the local geological feature. A huge wall projection of professional photos of the magnificent landscape and a one-of-a-kind tourism kiosk that promotes both the town of Red Rock and the north shore of Lake Superior.

The main exhibit hall includes exhibits featuring: video messages from the residence of Red Rock, the Pulp and Paper Mill, the Prisoner of War Camp, Cuestas, an interactive virtual fish tank, a boreal forest exhibit for children, colourful panels about the marine conservation area and a submarine ride under the surface to experience the marine conservation area and more.

We also created colourful panels on the decks around the outside of the marina centre that invite visitors to take photos with a giant Great Blue Heron and other creatures. 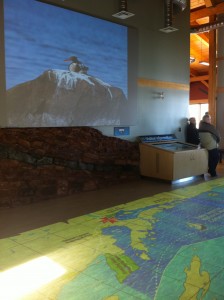 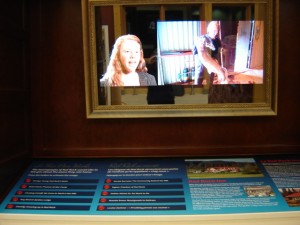 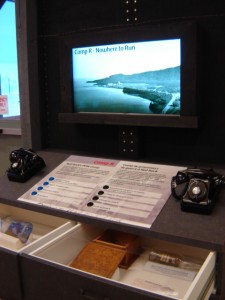 The POW Camp exhibit includes 4 videos you listen to on the telephone, we wrote the scripts and recorded at daCapo Studios 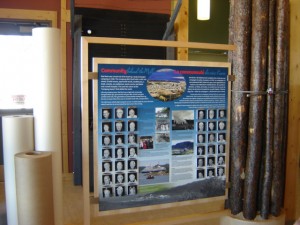 One side of the mill exhibit includes a range of the employees over the years. Flip up the photo to find out who they are and when employed at the mill 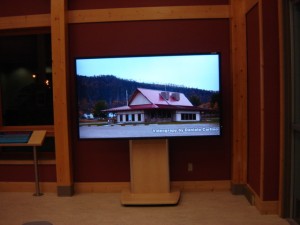 The public, school groups and special interest groups are invited to submit 2-minute videos about Red Rock for display 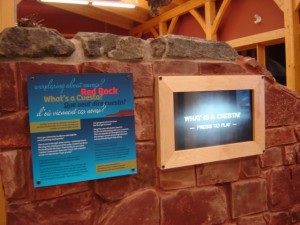 We had an animation created to explain what a cuesta is 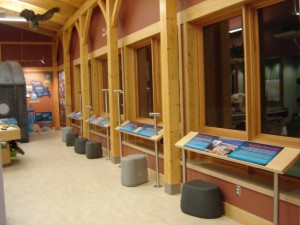 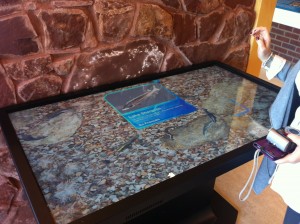 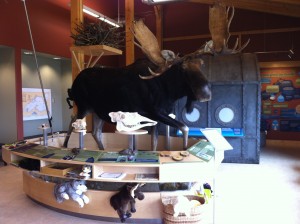 The boreal forest exhibit is full of interactives which target children but adults seem to enjoy it just as much. 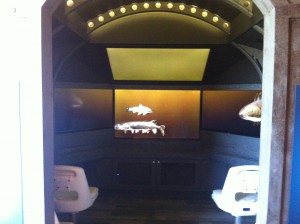 The signature piece for the centre is the submarine, seen behind the moose in previous photo. This is an animated ride into the LSNMCA to see fish, shipwrecks and be attacked by lamprey. 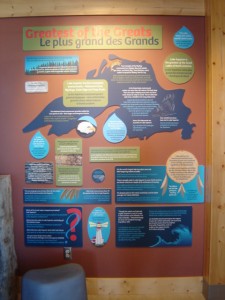 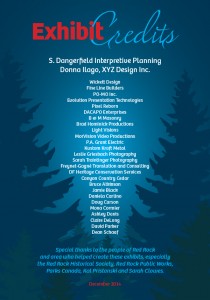 We worked with a great many talented people to make these exhibit creative, interactive and beautiful.